Why is government sitting on patient transfer recommendations? 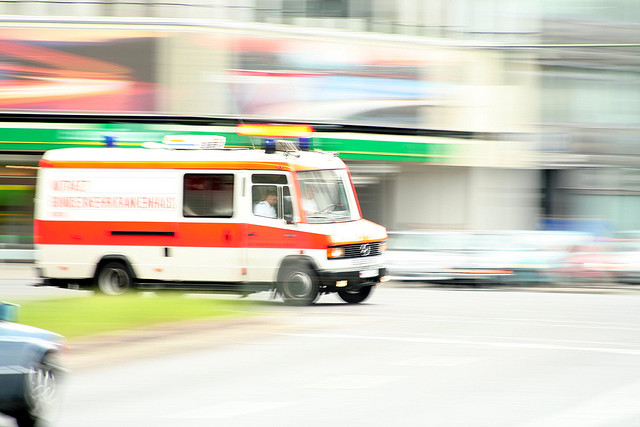 The provincial Ombudsman has followed up on his damning report on the privatized, non-ambulance patient transfer industry.

The Mike Harris Progressive Conservative government privatized the patient transfer industry at the turn of the century, moving the work over from Emergency Medical Services (ambulance services).

Two years ago, however, the Ombudsman and the CBC reported major problems in this newly privatized industry, including threats to patient safety and working conditions.

Ontario residents would be better off taking a taxi to a hospital than one of the privately owned vehicles used to transfer hundreds of thousands of non-critical patients each year, provincial Ombudsman Andre Marin concluded.

On July 16, 2013, the Ombudsman followed up on his earlier report, stating that “Two years after promising to regulate the non-emergency medical transfer industry to protect the hundreds of thousands of patients transported annually in these ambulance-like vehicles, it (the provincial government) has yet to do so.”

In a special section on patient transfer the Ombudsman noted:

"In 2011,the Ombudsman completed an investigation into whether the Ministry of Transportation and the Ministry of Health and Long-Term Care were adequately protecting the public who use non-emergency medical transportation....The investigation found significant problems, including poorly trained staff, inadequate equipment and lack of infection control. The Ombudsman shared a working draft of his findings with the two ministries in May 2011. In June 2011, the then Ministers of Transportation and Health and Long-Term Care jointly announced that legislation would be introduced to regulate the industry.  Unfortunately, there has been considerable delay in introducing legislation, in part due to the calling of a provincial election just prior to the ministers’ announcement in June 2011, and the prorogation of the subsequent session of the Legislature in 2012.  The Ombudsman pursued this issue with the Ministry of Health and Long-Term Care, which was to lead the process of regulating the industry. The Ministry began consultations with stakeholders, with a commitment from the Minister that regulation would follow. In late 2012, the Minister received a report and recommendations arising from consultation. That report remains under review by the Minister. SORT (Special Ombudsman Response Team) continues to monitor this issue and pursues regular updates from the Ministry. The Ombudsman also discussed it with the present Minister of Transportation in May 2013." (My emphasis.)

It remains unclear what sort of 'consultations' the Ministry was involved in over regulation of the private patient transfer industry.  Or who they consulted.

Moreover, the report and recommendations to the Ministry (revealed by the Ombudsman above) on patient transfer regulation remain secret.   There's no word on when, or if, they will be revealed.

According to the Toronto Star, the Minister of Health and LTC responded to the new Ombudsman report by promising, again, to regulate the patient transfer industry by this time next year.  (Notably, two years ago the government promised to legislate “at the earliest opportunity”.)

June 18, 2020
The proposed reforms through Bill 175 will privatize health care services, weaken public oversight, remove legislative protections, undermine home care working conditions, and unleash an untested, home care experiment. Chaos beckons.Bill 175 is permissive, allowing a laissez-faire framework for home and community care.  It repeals the more detailed Home Care and Community Services Act, 1994 and leaves most details to policy or regulation. Deviously, the government has made the Bill (Connecting People to Home and Community Care Act, 2020) little more than an empty shell that doesn't even establish a new home and community act.  So, for example, the Home Care Bill of Rights is not in the proposed legislation.  Instead, it may be put into regulation.  This approach removes the public accountability that comes with legislation.  Regulations and policies are changed with little public consultation.  One would think that in today’s world a Home Care Bill of Rights would not be removed fr…
Post a Comment
Read more

Ontario revenue up $1.5 billion since November - but no new health care spending announced

January 31, 2020
Ontario’s third quarter finances came out yesterday.  They confirm that although planned health care funding has increased $404.1 million since the 2019/20 Budget, no further increase has been achieved since November's Ontario Economic Outlook and Fiscal Review.

While the lack of new progress since the fall is disappointing, the $404.1 million is a 0.64% funding increasefor health care since the Budget.  Total health care funding for 2019/20 is now planned to increase 3.1% since 2018/19.
Also notable: Total revenue is projected to be $157.2 billion in 2019–20, $3.1 billion higher than the 2019 Budget projection and $1.68 billion higher than expected in the fall 2019 Ontario Economic Outlook and Fiscal Review. Program expenses are $2.45 billion higher than in the 2019/20 Budget. The total increase for the year compared to last year is $3.9 billion (so far).  So, in the Budget, program funding was increased 0.91%, while, since then, program funding was increased a …
Post a Comment
Read more

March 04, 2020
As usual, the provincial government is under-spending its (revised) budget.  Based on figures for provincial expenditures for the the first nine months of the fiscal year, the government-funded Financial Accountability Office (FAO) estimates that the government will under-spend its budget by about $2 billion this year.
While that sounds like quite a bit -- it is actually less than usual.  Over the last ten years, the province has spent $3.3 billion less than budgeted on average.


Combined with the expected non-use of the government’s $1 billion "reserve" (the reserve is an amount set aside every year for unexpected expenses), the FAO estimates the deficit will be only $6.1 billion, almost $3 billion less than predicted in the government’s own, very recent third-quarter report.
Health care expenditures are under-spent by $400 million (0.9%) through the first three quarters of the fiscal year, primarily due to under-spending on LHINs for hospitals, LTC, home care, etc. (0.5…
Post a Comment
Read more