August 19, 2011
Public private partnership "funding for new infrastructure, such as schools and hospitals, does not provide taxpayers with good value for money," according to the Treasury Select Committee of the British House of Commons.

The Committee found that the capital cost of even a low risk P3 project is over 8%  – double the long-term cost of government borrowing.

Higher borrowing costs since the credit crisis mean that PFI (as the British call P3s)  is now an ‘extremely inefficient’ method of financing projects, according to the Committee. Analysis commissioned by the Committee suggests that paying off a PFI debt of £1bn may cost taxpayers the same as paying off a direct government debt of £1.7bn.
The Committee also stated it has "not seen any convincing evidence that savings and efficiencies during the lifetime of PFI projects offset the significantly higher cost of finance."
The business publication Health Investor adds that PFI schemes perform poorly in some respects such as design innovation, and  flexibility – something that is of particular concern when it comes to health care projects.

The committee concluded that the widespread use of the model over the last 15 years was because of "significant incentives... which are unrelated to value for money". These include the fact that PFI does not appear in government debt figures, and do not use up limited departmental capital funding, according to Health Investor.

The Conservative Party Chairman of the House of Commons Select Committee states the PFI funding mechanism should be used "as sparingly as possible until the value for money and absolute cost problems associated with PFI have been addressed." "We can’t carry on as we are, expecting the next generation of taxpayers to pick up the tab," he added.

OCHU and CUPE have long claimed that the supposed benefits of P3 projects (like risk transfer) were overstated and did not make up for the extra costs associated with P3s.
The Treasury Select Committee also "raises concerns that the current Value for Money appraisal system is biased to favour PFIs," another point long raised by P3 critics in Canada.

The British public sector union UNISON is calling on the government to ditch P3s in its response to the Committee report.  The Treasury Select Committee report is available here. 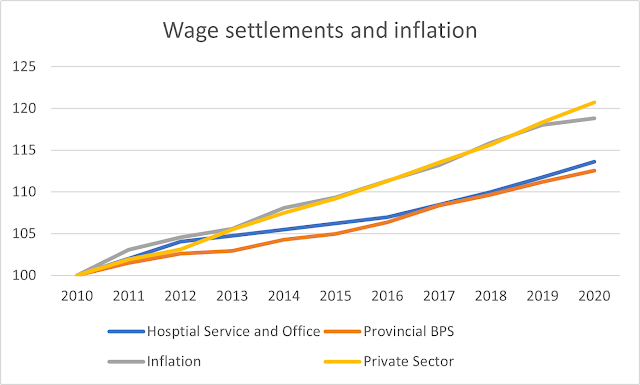 Ontario's Financial Accountability Office (FAO) reports that the nominal health care funding increases planned by the Ford PC goverment between 2019/20 to 2029-30 fall well short of the nominal increases over the previous nine years (2010/11-2019/20, the period of public sector austerity that followed the last recession). Indeed, as the increase planned on a go-forward basis (between this year, 2021-22, and 2029/30) amounts to only 2% annually , we are looking at significantly harsher austerity than the 2010/11-2019/20 period , where funding increased 3.2% annually. As the FAO notes, the health care austerity imposed over 2010-20 "included a number of significant spending restraint measures, including: freezing base operating funding for hospitals from 2012-13 to 2015-16; reducing physician payment rates in 2013 and 2015; and limiting investments in new long-term care beds, with only 611 new beds created between 2011 and 2018."   This time around the plan is to impose h
Read more

The Ford PC government thanks hospital employees by telling them to work harder for less. And, oh yeah, we're privatizing your work.

August 12, 2021
With as much fanfare as it could muster, the Ford PC government re-announced its Budget plan of $300 million for hospitals to deal with the backlog of surgeries and procedures caused by the COVID-19 shut down of hospital services.  Despite the (attempted) fanfare, the Financial Accountability Office (FAO) has reported that the government’s budgeted plan for dealing with the backlog will fall hundreds of millions of dollars short of what is required to clear the COVID-19 backlog over three and a half years . The government says it is not working with the FAO estimates (indeed) and declined to make an estimate of how long it would take to deal with the backlog. The government did, however, state that it will “closely monitor” surgical outputs and wait times and will “implement additional measures if needed”. The government claims the funding will enable hospitals to operate at 110-115% capacity. Operating room hours will be extended into the evening and weekends.  That's a lot
Read more

Paramedic Services in Canada: Structure, Privatization, Unionization and other issues 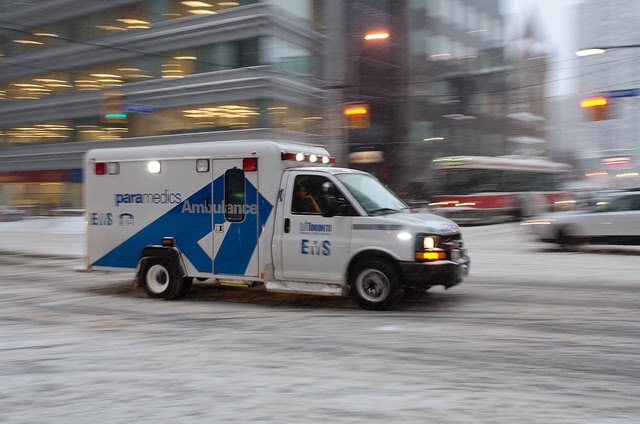 Governance and Funding :  While police and fire services are usually municipal services, Emergency Medical Services (EMS) are typically controlled by provincial governments.  In Ontario, regional municipal governments have responsibility for delivering and funding EMS.  But even in Ontario the province plays a key role, strictly regulating EMS, providing funding for 50% of the approved land ambulance costs, and paying 100% of the approved costs for air ambulance, dispatch, base hospitals, First Nation EMS, and for territories without municipal government. Delivery :  Like police and fire services, EMS is predominantly a publicly provided service in Canada.   But businesses have now made some significant in-roads into EMS, primarily  Medavie,  a private corporation based in the Maritimes that describes itself as not-for-profit.  Medavie goes back over 70 years, with its roots in health insurance.  It still operates Medavie Blue Cross with 1,900 employees.  It now a
Read more